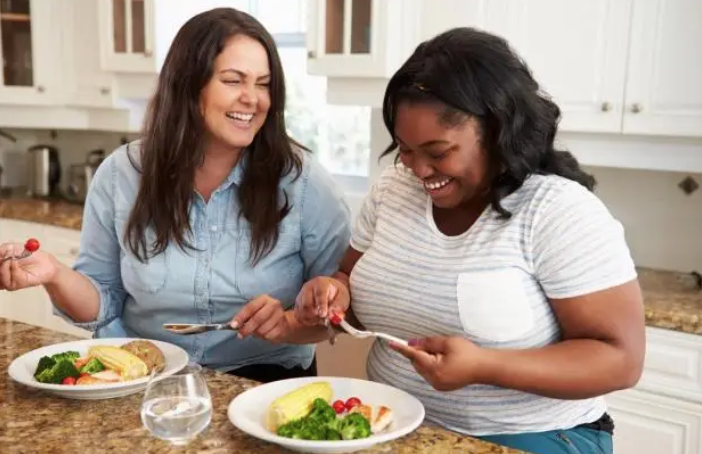 This week’s post examines a review of emerging evidence that seeks to understand how race and ethnicity play a role in how an individual with Binge Eating Disorder clinically presents and how treatment might look different.

Limited research exists on how Black individuals may present with different eating disorder symptoms than White individuals. Because of this, researchers and practitioners cannot assume that these cultures will clinically present in identical ways. Lydecker and Grilo, (2016) discovered some key differences between Black and White participants who had been diagnosed with binge eating disorder (BED). They found that Black participants had higher body mass index (BMI) and reported more frequent binge-eating episodes than White participants; however, eating disorder psychopathology did not significantly differ between the White and Black participants. Thus, while BED is the most common eating disorder diagnosis, it is important to note that we still do not know enough about racial and ethnic similarities and differences in how this disorder may present differently (Lydecker & Grilo, 2016).

This specific study included 775 participants who identified as Black (n=121), Hispanic (n=54), and White (n=580) between the ages of 18 and 65 who had to meet the full DSM-IV criteria for BED. Participants were excluded if they were receiving treatment for eating and weight concerns, had medical conditions that influence eating or weight, had a severe mental illness that could interfere with clinical assessment, or were pregnant. Findings indicated that similarities and differences exist in racial and ethnic clinical presentation. Like previously mentioned, Black participants had higher BMI and reported more frequent binging episodes. In addition, the onset of dieting, binge eating, and obesity, but not BED, were younger for White than Black and Hispanic individuals. These findings suggest that Black and White participants have similar concerns and worries about their weight, shape, and eating, but that Black participants are heavier and binge more often compared to White participants (Lydecker & Grilo, 2016).

Overall, eating disorder psychopathology does not significantly differ between racial and ethnic groups, but these various cultures might present with different symptoms which means health care providers need to be more aware that each patient might not clinically be the same. Emerging evidence has started to point towards these differences, specifically that Black participants tend to have more frequent binging episodes; however, more research would be beneficial in order to best treat the eating disorders of these different ethnicities (Lydecker & Grilo, 2016).